The Anti-War Medals Show was first shown in San Francisco at Velvet da Vinci Gallery, in response to the war in Iraq. Hereafter, the exhibition toured for several years adding new pieces in each country where the show appeared. The ever-growing exhibition currently features circa 200 artists from around the world, working in a multitude of materials and techniques.

Following is the original statement from November 2003:

The War in Iraq has ended (or has it?) and are we any safer? The costly occupation of Iraq has yet to bring democracy to its people or security to the U.S. The War has fueled hatred of the US around the world and weakened alliances built up over decades. Artists have a long history of reflecting on the events surrounding them. We feel that this is one of those times.

135 artists from 16 countries have created medals that reflect the terrible waste of this war. Medals commemorate heroes and battles but also Grief, Destruction, Terror, Greed, Hypocrisy, Arrogance and Loss. This war is remembered by artists from around the world with small but powerful objects that remind us the risks of unchecked power.

To see images from the exhibition at Velvet Da Vinci please go to: 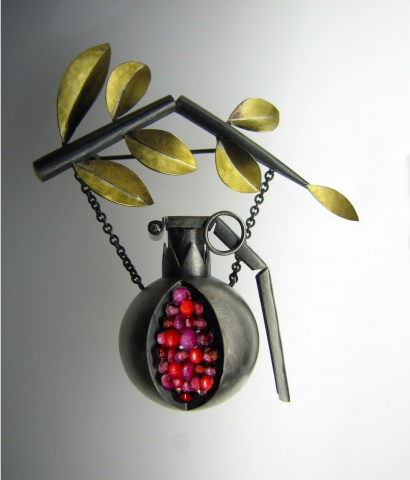